Our birds need your help to survive!

Tiny chicks face big obstacles, and one of the biggest is a lack of awareness about how to #ShareTheShore. Take the pledge, spread the message. 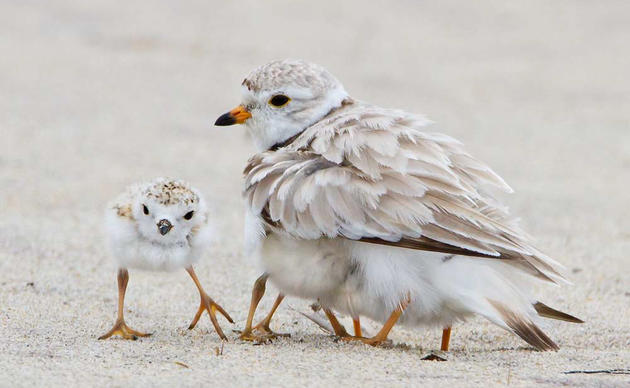 It has been a unique year for fieldwork across the country. With summer right around the corner here in Connecticut, shorebird nesting season is almost in full swing.

The majority of nesting Piping Plover, American Oystercatchers, Least and Common Terns, have made their way north, and as the weather warms up beaches continue to get daily (sometimes nightly) use. Field monitoring is more important than ever, however every day is a new reality for our field staff with changing health regulations, stay-at-home orders, park closures, and increased beach visitation.

Where We Stand as of Memorial Day Weekend

The state of Connecticut and towns have responded to increased beach traffic in a variety of ways. To reduce the spread of COVID-19, the Department of Energy and Environmental Protection and multiple towns have chosen to close or partially close certain beaches.

The purpose of these measures is to reduce the spread of COVID-19, however many of them do assist in protecting our shorebirds nesting on these beaches. With booth attendants, dogs on “No Dog” beaches have been greatly reduced and parking lot capacity enforced by DEEP employees reduces overcrowding.

Audubon Connecticut field technicians usually visit beaches from Stratford to Groton starting in March. In line with the March 20th stay-at-home orders for non-essential workers from Governor Lamont, the National Audubon Society decided to suspend fieldwork across all state offices.

The nesting success of plovers and oystercatchers in 2019 was a direct result of the time and effort put in by the volunteers and staff of the Audubon Alliance. Ninety-three volunteers and 21 staff patrolled Connecticut’s beaches and monitored nests, the most in the nine years of the program. This year, the total number of active monitors and stewards is nine.

In good news, fieldwork resumed on May 11. During April, a majority of fencing was set up on all main nesting beaches in Connecticut including areas like Sandy Point in West Haven and Bluff Point State Park in Groton by our Audubon Alliance for Coast Waterbirds (AAFCW) partners. As new pairs and nests are found through May and June, field staff will now set up additional fencing and expand in areas with pre-existing fencing.

With help from AAFCW partners, Connecticut beaches are being monitored daily. Technicians in the field are working in tandem with field staff at home to keep track of shorebird activity.

In 2018 Audubon Connecticut started banding American Oystercatchers. This year six banded American Oystercatchers have returned to the state. Although we do not band Piping Plovers in Connecticut, four banded Piping Plovers have returned to the state to nest, including our supermom, Pink Flag 2E. On May 4, Least Terns were spotted in Milford. All of these sightings and efforts are thanks to our AAFCW partners and field staff at home.

Along with the AAfCW, town and state efforts to reduce capacity at beaches have helped in our efforts to protect our nesting shorebirds. However, some disturbances are still common problems across the state. Enforcement of “No Dog” rules varies by site, and because pets--especially off-leash--can so easily scare or harm beach-nesting birds and chicks (even accidentally), field staff has increased signage about dog rules on these beaches.

An increase in fire pits on beaches has been observed over the last month, thus indicating that beachgoers are coming at night when field staff is not present. In some cases, fencing stakes have been used to make fires: This both endangers nests, as people walking in the dark may accidentally step on them, and decreases the positive effects of the protective fencing.

It is unknown what the effect of these disturbances will be on our beach-nesting birds. Hopefully, we can mitigate disturbance by increasing our field staff presence. But our volunteers will be sorely missed this spring and summer.

We're asking everyone to volunteer virtually this year by spreading this message: Share the Love, #ShareTheShore.

For species like the Piping Plover, the beaches of Bluff Point are their home and their place of comfort and peace. It is the location they forage, nest, and raise chicks. If you love these beaches and the wildlife that depend on them, help us share the shore!