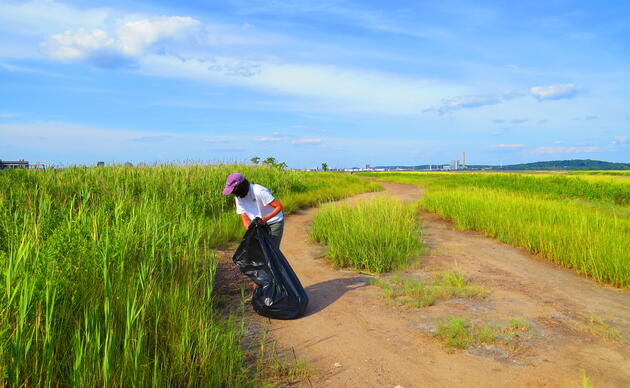 April 2019-- Since 1999, over 3,000 American Oystercatchers have been banded along the Atlantic and Gulf coasts.
In 2018, Audubon Connecticut was proud to launch the first American Oystercatcher banding program in our state. The program seeks to further our understanding of oystercatcher demography, movements, habitat requirements and survival.
The Connecticut Department of Energy and Environmental Protection (DEEP) lists the American Oystercatcher as a state threatened breeder. While the number of birds in the state is growing, factors including habitat loss from coastal development, human disturbance from recreational activities, high predator pressure and vulnerability to sea level rise have kept the population low and threaten the species' long-term survival.
With a better understanding of the life history of American Oystercatchers, more effective management practices can be created and implemented ensuring the future success and survival of the species.

What The First Birds Tell Us

The first season of banding American Oystercatchers in Connecticut was an exciting success. With the use of various methods and techniques eleven oystercatchers were banded in three of the four counties along the Connecticut shoreline.

Audubon’s banding efforts have already increased our understanding of the behavior and movements of Connecticut’s American Oystercatcher breeding population.

Our first banded bird was a recapture, trapped at Milford Point. This individual was already fitted with a USGS metal leg band and we took the opportunity to add the field readable yellow color bands with the unique code; 1T. We later learned this bird was originally trapped and banded in New York as a fledgling four years earlier. We now know the location of this individual’s natal area, exact age, and breeding grounds.

Our second banded bird, Yellow 2T, has expanded our understanding of American Oystercatcher migratory behavior. Historically it was not known where most of our breeding population overwinters. Now, thanks to re-sighting efforts along the Atlantic coast, we are gaining great insights. Yellow 2T was last sighed in Connecticut on the 14th of September, 2018--only to be res-sighted three weeks later in Cedar Key off the northeast coast of Florida.

The success of the project is dependent on the public, researchers and other observers reporting sightings of banded oystercatchers. Love bringing your binoculars to the beach? Report your sightings to the American Oystercatcher Working Group here.

Thanks to Beth Amendola for reporting back on the program's success.

Following protocols established by the American Oystercatcher Working Group and with the help of Working Group members; Audubon North Carolina, Audubon New York and Manomet, Audubon Connecticut’s staff was able to gain the experience and knowledge necessary to start banding oystercatchers in Connecticut. The Connecticut Department of Energy and Environmental Protection (DEEP), Wildlife Division and the United States Fish and Wildlife Service have also been supportive and have played important roles in getting the banding efforts underway. 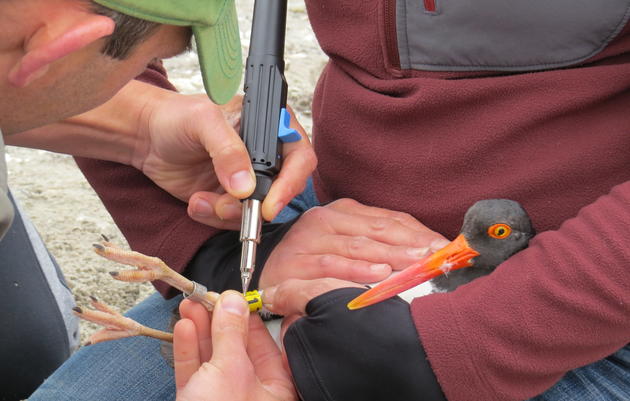 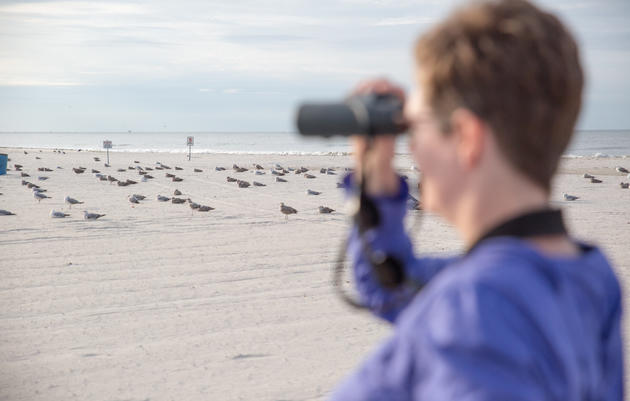 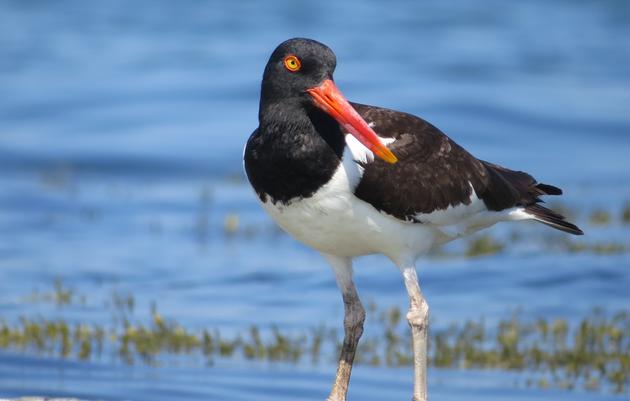