Thalia first began by managing her property for monarch butterflies and birds, “the easy way.”

“I"m not from this part of the country so I had to do some basic research about uncovering and encouraging native shrubs like huckleberry, summersweet, and flowers. Then the next season I put in a wider assortment of trees like hawthorne, red cedar, and basswood (in addition to the maples and oaks and hickory already present), and turned a grassy, lawn-like area into a meadow,” she describes.

Thalia lives in what she calls an “ex-urb, a mildly rural and woodland area.” At first she wondered, “What can I really do? But then I realized I can do so much -- even just planting more of the right shrubs, making sure there’s berries all year long, a mix of tree species…and within a year, I saw more birds. And that confirmed the value to continue on.”

Thalia’s ~40 acre property is composed of wonderfully diverse habitat, including wetland, pond, forest, and a river running through. Around five acres being managed are co-owned as part of a supportive HOA, and that is where much of the original work took place.

“Other neighbors would stop and ask what’s going on because most people here primarily have lawns and that's what they were used to seeing. Now they’ve watched as the field—which was mowed for years—became a stretch of lush meadow/shrub environment, filled with bayberry, viburnum, magnolia, and other native plants. We also curated the river banks with alder, red-twig dogwood, elderberry, and wildflowers like joe-pye weed, milkweeds, and many goldenrods.”

After she and her husband completed an incredible amount of work on their own, Thalia began researching how to improve the pond and wetland environments, which led her to the forests surrounding them. She applied for, and was admitted into, the Southern New England Heritage Forest Grant Program administered by The Last Green Valley, in which Audubon is a partner.

The program connected her with an Audubon bird biologist and a licensed forester. The forester conducted a habitat assessment, or survey of current songbird and forest habitat conditions on the property, and will suggest management options which could create quality habitat for forest-dependent birds.

“Through the program, I learned our forests are not diverse enough in age, species, even size of trees and shrubs, and they are not being managed enough for birds. Birds are my ‘thing’ and it’s amazed me to learn about their intertwining habitat needs, based on their activities in the forest, and how that interacts with the wetlands and the pond.”

Now, with habitat recommendations coming this fall, Thalia is “motivated to steward what I can, even on this relatively small patch and puddle. Every year that the birds migrate through, or nest and forage in changing conditions, I realize how crucial it is to create resilience, preserve undeveloped woodlands and wetlands, and give birds what they need throughout their lifecycles.”

The hardest parts so far, she says, have been “getting rid of the invasives that crowd out host and food-bearing flowers, shrubs, and trees.” But she has already seen “an enormous payoff” in the form of new birds on the property—from “warblers to Eastern Kingbirds, wood ducks, thrushes, kingfishers, more owls, and just this week I saw a sandpiper!”

The real proof of the value of planting for wildlife, she says, "is that the feeders are not the focal point anymore -- even the hummingbirds prefer to drink from all the flowering shrubs!" 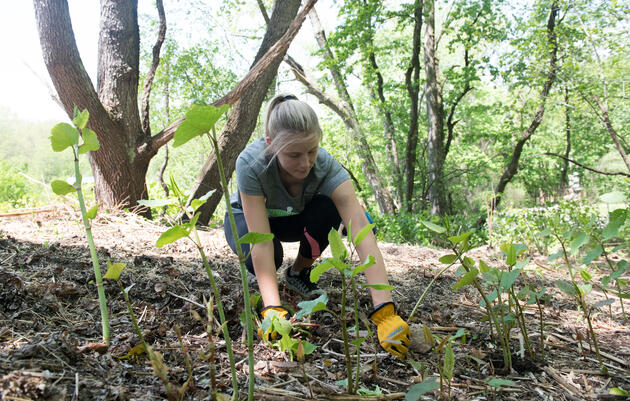 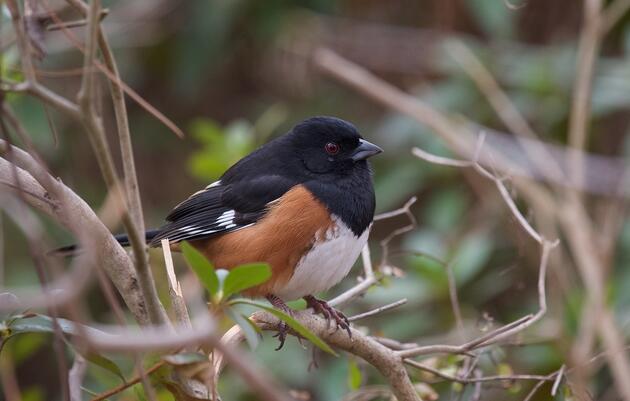 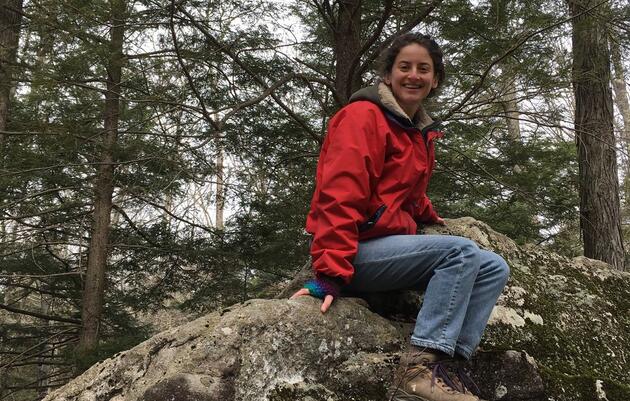 Meet Our New Forester for the Birds

As a Forest Program Associate for Connecticut and New York, Rosa Goldman works with local landowners to make their forests healthier for birds and other wildlife.