Update: We now call this juvenvile Bald Eagle "AE" because that is his CT State band ID. He is still being spotted by photographer Leo Kulinski regularly, and from the looks of it, he's doing just fine! ​

On an early morning in February 2020, Wildlife Rehabilitation Assistant Erinn Whitmore arrived at the Sharon Audubon Center to discover a man waiting at the front door with a particularly large box. Inside the box was a juvenile Bald Eagle is desperate need of medical attention.

This eagle was lucky to have been discovered by a man named Matt who had been out taking his dog for a morning walk in Litchfield, CT. When he found the eagle on the ground, barely conscious and clearly suffering, he rushed home to gather what he needed to safely contain the bird and bring it the rehab center.

Upon admission, the young Bald Eagle was in and out of consciousness and displaying extreme weakness and lack of control (ataxia.) He had some minor bruising and abrasions on his chest and abdomen, consistent with a bird being grounded. He was in serious condition, requiring immediate fluid therapy. Despite all of this, the male eagle was in excellent body condition, which indicated that whatever caused his distress was fast and sudden.

Over the course of the first day, the eagle was continuously monitored and provided with fluid therapy by Wildlife Rehabilitation Specialist Sunny Kellner. By the afternoon, he had regurgitated what appeared to be the remains of a plant-eating mammal. After getting that out of his system, his health seemed to quickly improve. He began to regain consciousness, and was even able to lift his head and open his eyes!

The next morning, the eagle was standing up on its own. Rehabilitation staff noted a fire in his eyes that only a wild Bald Eagle can have! He was on the road to a full recovery, but would remain at the Sharon Audubon Center regaining his strength for close to two weeks.

Eventually the recovering eagle was moved into the pre-release conditioning flight cage. This is an important step in the rehabilitation process because it allows the bird to re-acclimate to flight, and strengthen and stretch muscles that aren't used when in a debilitated state. It also allows the staff to monitor the bird’s capability to fly, evade danger, and feed itself.

Back to the Wild

Less than two weeks after being admitted into rehab, the Bald Eagle was restored to full health and ready to be released.

Among those who gathered to witness the release were Matt—the original rescuer—his family, a reporter, and partners and friends in conservation.

CT DEEP Wildlife Division Biologist Brian Hess, and other staff members of CT DEEP also attended in order to band the young Bald Eagle. The bird was fixed with a Connecticut State band, as well as a Federal Eagle band. These bands will help to identify the bird if he should ever come into rehabilitation again, or if he is found deceased. This is a low-cost, non-invasive method of tracking how Bald Eagle populations are doing.

The release was a picture-perfect success and was captured beautifully by friend and photographer of the Bantam Lake Bald Eagles, Leo Kulinsky, Jr. As the young Bald Eagle flew strongly over the lake to return to his “home base,” onlookers observed eight other Bald Eagles feeding on the ice in the distance!

What Was the Cause?

It seemed very likely that because of the suddenness and seriousness of his condition, paired with the swiftness of his recovery, that the eagle was exposed to some kind of toxin.

The contents of his stomach was also a curious clue, since Bald Eagles eat mostly fish, but will certainly hunt and scavenge many other meat sources, including carrion. Because he regurgitated what appeared to be the remains of a plant-eating mammal, it is very plausible that the toxin exposure was through this meal.

A Tip About Toxins and Wildlife

In the State of Connecticut, disposal of euthanized animals is lawfully supposed to be through a licensed landfill or a cremation incinerator service. However, many pet owners and farmers prefer to bury their animals, without realizing that doing so can inadvertently expose wildlife to the drug. In the cold of winter, burying an animal can be nearly impossible, and some may wait until the ground softens, or even leave the animals out in a remote area.

You can help protect young, gorgeous birds like this Bald Eagle by following our state’s law to ensure that toxins do not get spread from animal to animal. This Bald Eagle is one of hundreds of patients treated at the rehabilitation center each year: By working with our communities to bring a patient through illness and injury, we can spread our mission of conservation. Education is our duty to these animals!

Sharon Audubon Center is grateful for its incredible staff and volunteers, as well as our colleagues at White Memorial Conservation Center and at the CT DEEP. 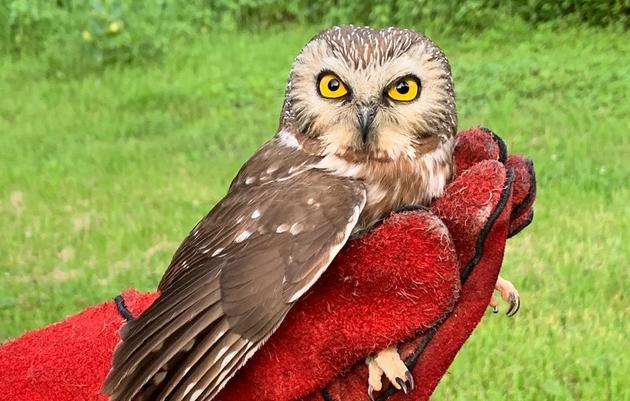 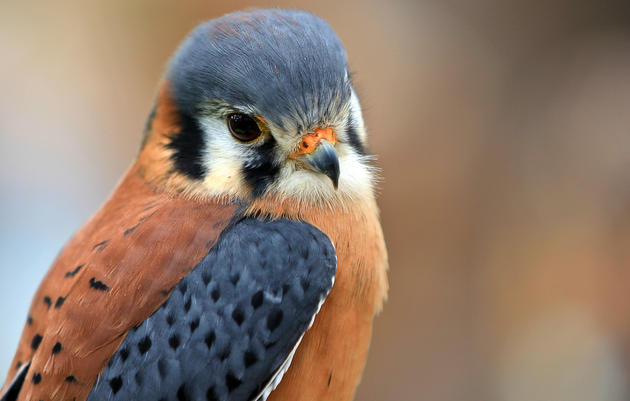 Rehabilitating injured wildlife and protecting more than 2,100 acres of woodland habitat that they call home through stewardship and education in the Northwest Corner. 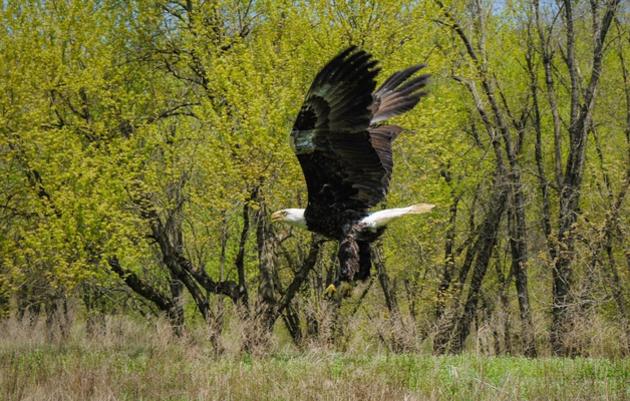 A happy return to the wild for a critically ill Bald Eagle discovered in Thomaston on April 1, 2016. View video here.