When people in the conservation community hear the surname Leopold, Aldo Leopold—the renowned conservationist and author of A Sand County Almanac—usually comes to mind. For those who live in or near Hartland, Connecticut, however, a different Leopold might come to mind…Edith Leopold (Aldo’s niece).

Born May 30, 1920, Edith Leopold followed in the footsteps of her uncle with a passion for nature and conservation. It was her lifelong vision and dream to create a wildlife sanctuary. Today her dream is a reality, and the Leopold legacy lives on in Connecticut at the Edith Leopold Wildlife Audubon Sanctuary located in Hartland.

Initially purchased by Edith Leopold and her friend Mary Dwyer in 1955, and affectionately called “Windsong,” the property was bequeathed to the National Audubon Society in 2001 (upon Edith’s passing) and is now jointly managed by Sharon Audubon Center and the Hartland Land Trust. Edith worked tirelessly to improve the land and in the process excavated two ponds and cultivated plantings, which attract birds (like Audubon priority species, the Black-throated Blue Warbler) and shape the landscape we see today. Ironically, some of those plants are now considered invasive species as views on land stewardship continue to evolve.

Edith was an astute observer of the natural world and maintained extensive records of the local weather and seasonal migration patterns of birds in the area. Edith expanded and shared her worldview of natural history by participating in expedition courses to such varied destinations as Easter Island, Madagascar, in the Galapagos Islands, and bringing back to Hartland her knowledge, photographs, and wonderful stories.

Edith supported numerous environmental organizations and served as a founding member of Hartland’s first Wetlands Commission for many years. It was always Edith’s intent to share ”Windsong” with wildlife and the community where she lived. In 1986, she commissioned Artist Hank Prussing to paint a mural on her barn with the directions, "I want a great big frog that I can see from my kitchen window." The resulting mural depicting “Freddy the Frog” and “Cleo the Turtle,” who joined Edith while swimming in the pond they shared, became a local landmark for many years. Edith welcomed her neighbors to experience the land and wildlife by opening up her property for picnics, swimming parties, and the occasional winter solstice bonfire.

In her retirement, Edith could be found outside, clearing and grooming the land practically every day it didn’t rain. She hiked the property regularly with her constant companion, one of a series of German shepherds, all named Brunhilde. Fostering a connection with the natural world was core to Edith’s values. Her generous spirit and deep passion for nature live on today through her legacy gift of the beautiful 38-acre Edith Leopold Wildlife Sanctuary—which is a shining example of an Audubon sanctuary, partnerships, and conservation efforts at work.

Sharon Audubon Center and the Hartland Land Trust are working to remove invasive plant species and establish hiking trails at the sanctuary. However, there are no trails open to the public at this time. For questions, email sharonauduboncenter@audubon.org. 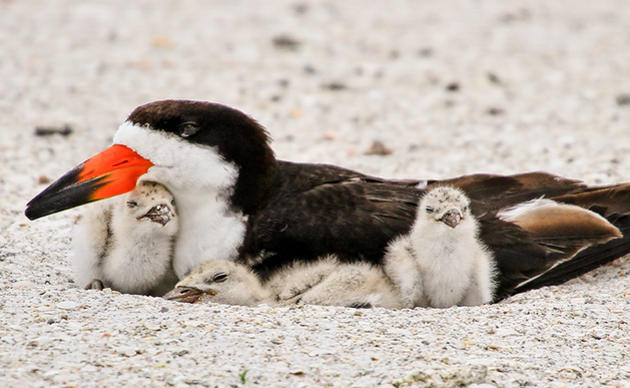 Planned gifts of all sizes can have a profound impact on the vital conservation work we do. Consider extending your support beyond your lifetime by including Audubon in your plans.